Although not strictly cycling related, many many many times, when we ask for better cycling infrastructure, the answer is no due to budgets. Even more insidious are Local Enterprise Partnership grants that can only be allocated on the basis of generating economic activity. So safe routes to schools from communities are harder to justify.

We need a solution that

We need a solution that changes the behaviour of car commuters getting them out of their cars. That places a cost on parking. That solution is Day Parking Zones.

Keeping the current resident parking zones and placing the rest of the city under a new type of Day Parking Zone where: 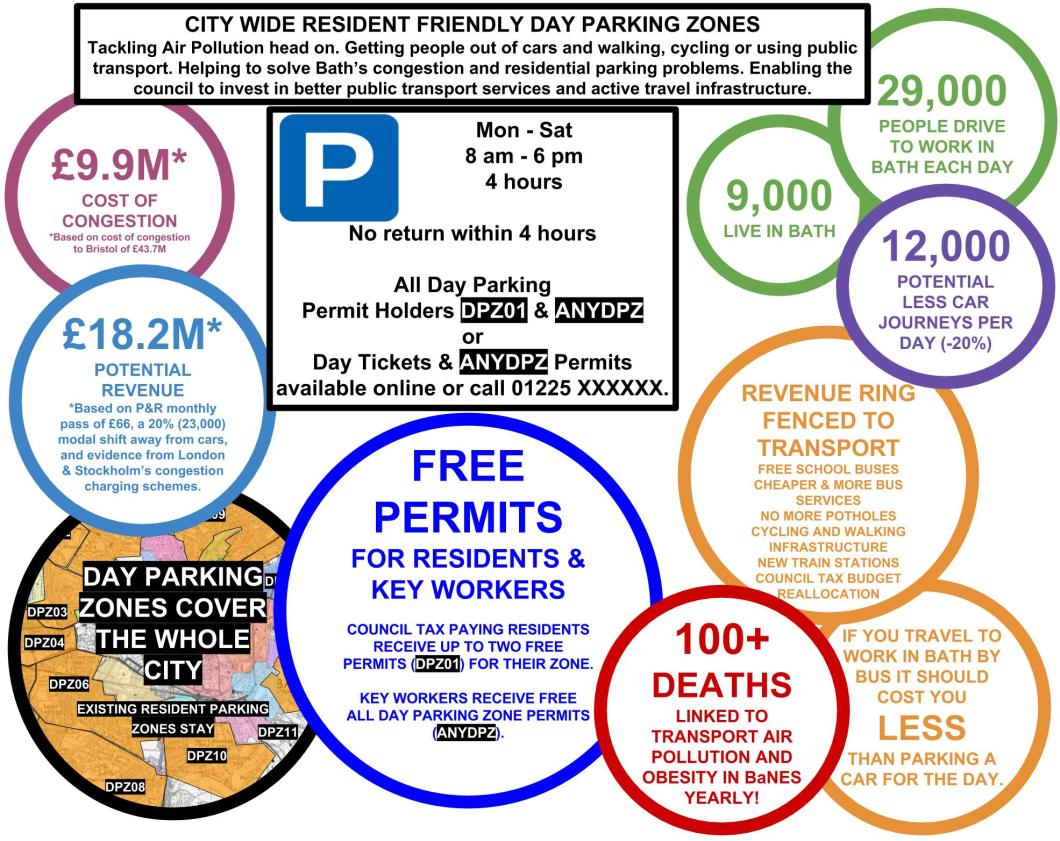 Show me the money

Generating around £54 Million in revenue over the next three years, enabling the council to invest heavily in public transport, walking and cycling, and simply getting more people out of cars. It even discourages students from bringing cars to the city.

I presented this idea to the BaNES Communities, Transport, and Environment Scrutiny panel last night, and they have now set up an All-Party Task and Finish working group to investigate the proposal further.

This proposal is only the start though. We currently have a broken bus transport system and without delivery of a Key Bus Network that connects communities and park and ride sites to all economic centres of the city, we have to accept that people will still use their cars to get around the city. 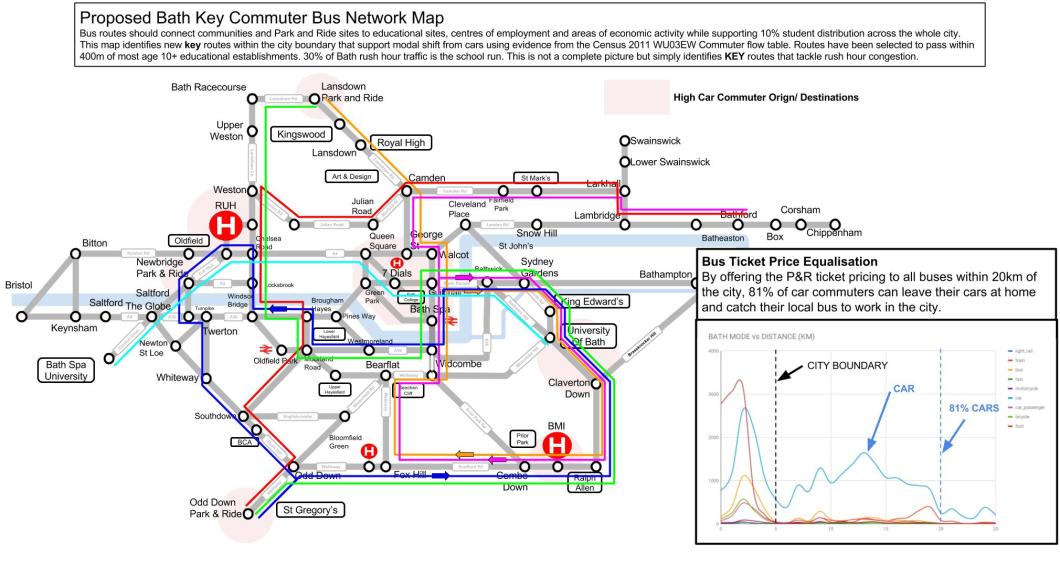 If we want more cycling infrastructure, if we want a better environment, if we want a good public transport system, we need to enable the council to provide those. Day Parking Zones is that enabler.

IF YOU TRAVEL TO WORK IN BATH BY BUS IT SHOULD COST YOU LESS THAN TRAVELLING BY CAR.

What happens if this is too successful?

This one has been raised. Assuming that this creates a monumental shift in behaviour and suddenly, of the 29,000 commuters, we suddenly find only 50% switch to public transport. Over night air pollution would drop significantly. Public Transport would be heavily utilised requiring less/no subsidy. The economic cost of congestion to the city would drop. This is a win win situation. The less people commute by car, the better.

We need a functioning city, not this grid locked air pollution nightmare we currently have.