Rather good write up of the tow path upgrade.

The next stage in the project to upgrade the 2.2km section of canal towpath from Bathampton to the A36 at Beckford Road will start in two to three weeks.That’s the beginning of May. 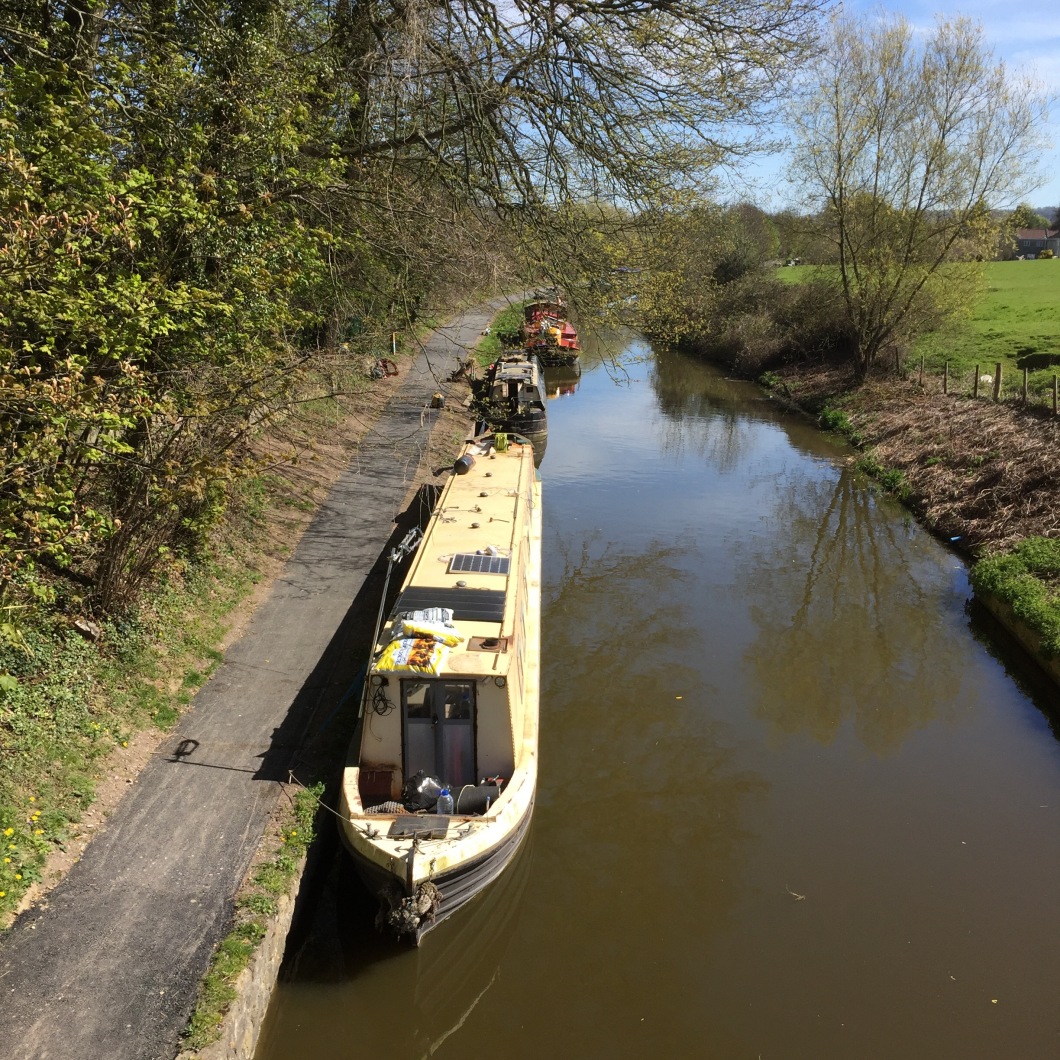 Looking down on a section of towpath that has been re-surfaced. The top grit layer will come later.

It’s the incline up the canal bank from Grosvenor Bridge – a route used by many cyclists who want to avoid the traffic and fume-choked London Road into the city.

The path on the left is coming up from Grosvenor Bridge to join the Kennet and Avon Canal towpath. This side path will be re-surfaced in the next two to three weeks.

It’s my understanding the quick but steep pedestrian rout up to the canal from Grosvenor Bridge will be improved first before tarmac is laid on the path up to the canal. Cyclists will have to grin and…