In support of the Bath Cable Car

Recently I have been working with census data that indicates around 31,000 local car journeys are being made in the city, with around 7000 Bath residents driving to work in Bath and 5000 school children being dropped off and picked up by car. The decision commuters and parents make to use the car is fundamentally down to the choices they feel they have to make those journeys.

For many people living on one side of Bath that work or go to school on the other side of Bath, the lack of good cycle provision, the challenging seven hills of Bath, and the time consuming hub centred bus network requiring you to change buses at the bus station, reduce the choices people feel they can make down to one. Use the car.

A more telling fact is that the work I am doing with the census data indicates around 7% of commuters are doing it by bicycle and a phenomenal 47% are walking to work. However we have 31% of commuters living in Bath choosing to drive to work in Bath.

The School data shows that 41% of pupils are walking to school, 33% are being dropped off by car, and only 1% are cycling to school. The big disparity between the 7% commuter cycling and the 1% school cycling is more than likely down to the poor design of our roads and the council not providing safe, well lit, protected cycle lanes throughout the city, particularly connecting communities to schools.

I do not let my daughter cycle from Bear Flat to Hayesfield School but I am happy for her to walk it. The roads are simply too dangerous and this shows in the complete lack of cycling to school that kids do. 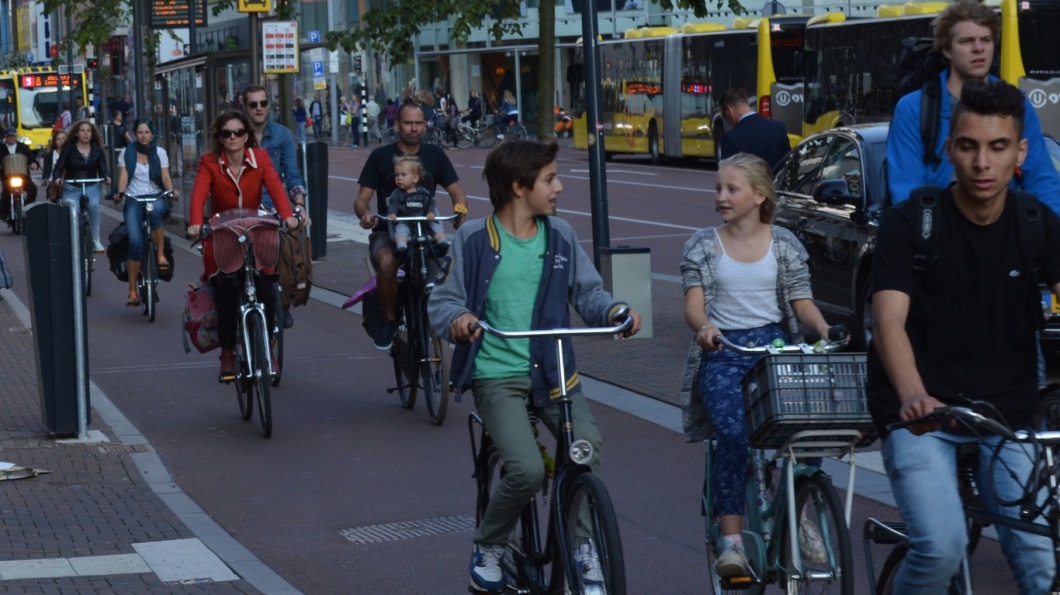 More telling is that once you get out of the river valley and onto the southern side of the city, over 60% of all commuters commute by car. There are 14 census areas in the city, the 4 on the southern plateau are responsible for 34% of the local commuter driving (2330 out of 6776). Walking to work is very low (only 16%), whereas taking the bus to work is about the same levels as elsewhere in the city.

So we have three problems that impact the southern plateau:

These combine to the point where people have no choice but to use cars to live day to day.

Yet the plateau has something amazing going for it. It’s mostly flat (I’m ignoring Rush Hill). It has most of Bath’s age 10+ students learning on it. In fact there are around 22,000 students if you include the University of Bath. It has significant numbers of large employers on it and some amazing communities.

There is one simple fact I want to present:

A cable car station at Mulberry Park would make all of the schools and places of employment cycle-able within 15 minutes.

The Cable Car combined with the Bicycle solves the problems of the hills and the hub centred bus network while Cycle Bath’s proposed Scholar’s Way creates a child safe cycle network connecting all schools, universities, and centres of employment on the Southern Plateau.

This is why I support the principle of a Cable Car and so should you.

We have an obesity crisis in this country and by 2030 we are predicted to be 35% obese up from 27%, the Netherlands 8.5% down from 10%. Air pollution, as an average across the UK shortens life by 7 months, whereas for obesity it is 36 months. We have spent years eroding our children’s travel independence while making them fat.

Innovative, cheap, multi-modal transport solutions like the Bath cable car integrated with bicycles provide a solution focused around active travel that solve congestion, air pollution, and obesity within Bath. It gets people out of cars.

Please attend the consultations. Give your feedback but please be open minded. This could be a real game changer in actually solving Bath’s transport problems by enabling most people that physically can, to be able to cycle around the city of Bath, freeing up the roads for those that can’t.

We need Curo to explore the principle of a Cable Car fully, in particular, the ticket pricing model they plan to propose. We need to see that actual proposed implementation and not shoot down the idea of a cable car before we know what the actual proposal is.

This idea might sound crazy to you, but urban cable cars have been very successfully built elsewhere. I suggest you look at the Portland cable car   ($100 for an annual pass) or even the Porto cable car (€32.50 for 50 journeys). Both are successful. Both of those examples offer something for tourism, but more importantly, offer a lot more for their residents.

More information can be found here and if you want to leave online feedback then you can do that here .

[Addendum 13/04/2017]  The Bath Preservation Trust has also commented on this which can be summed up as “No objection in principle but details are too sketchy at this point to form an opinion.” http://www.bath-preservation-trust.org.uk/community-engagement-project/